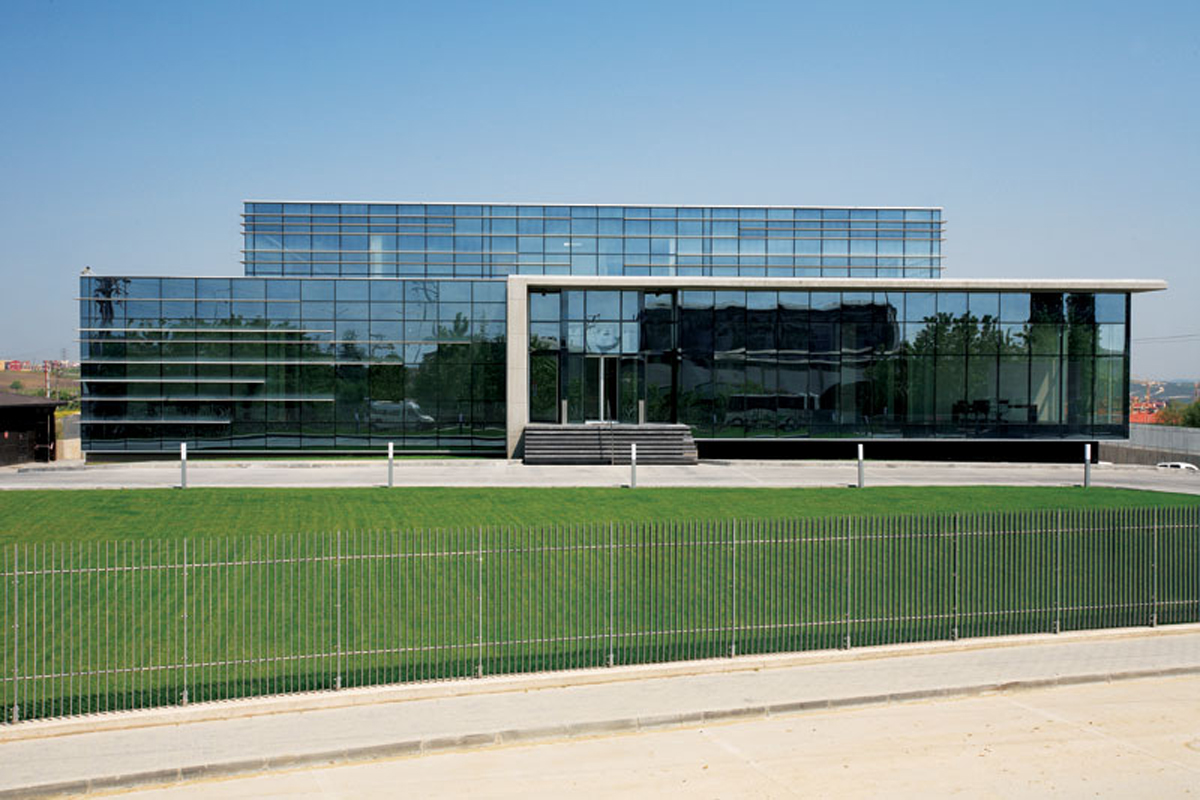 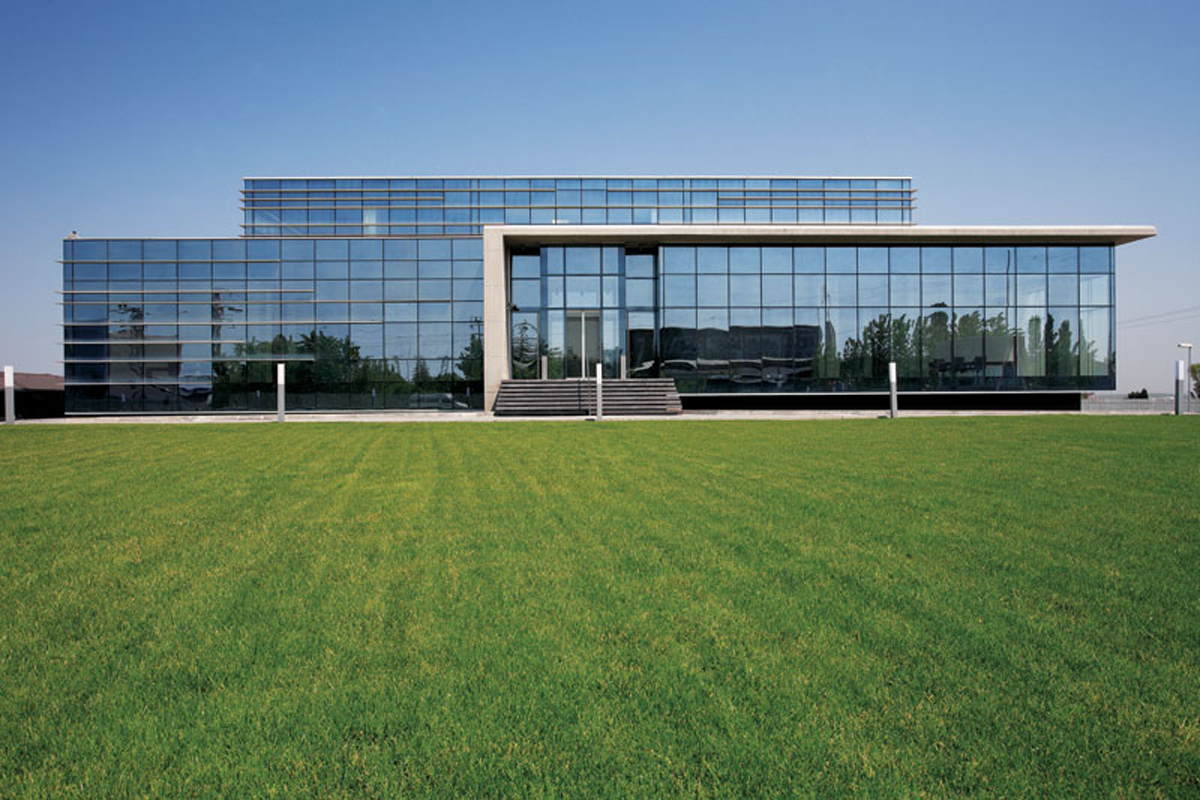 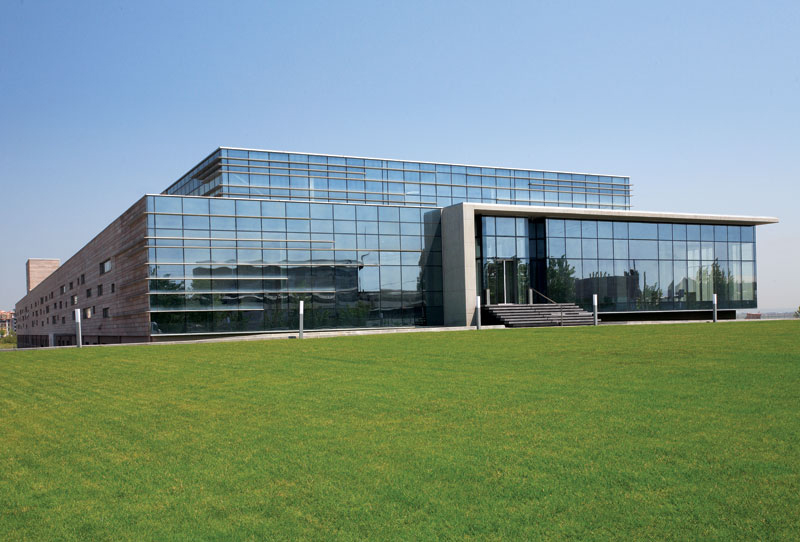 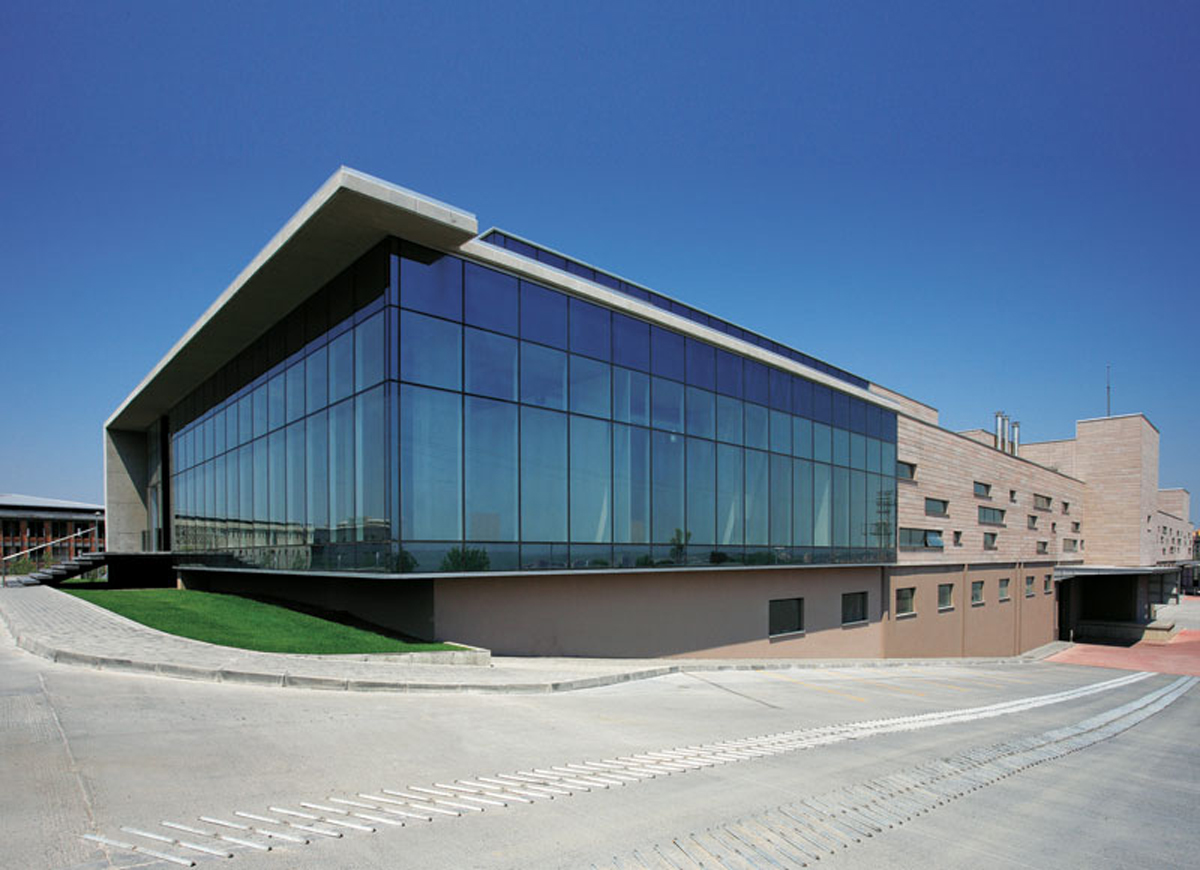 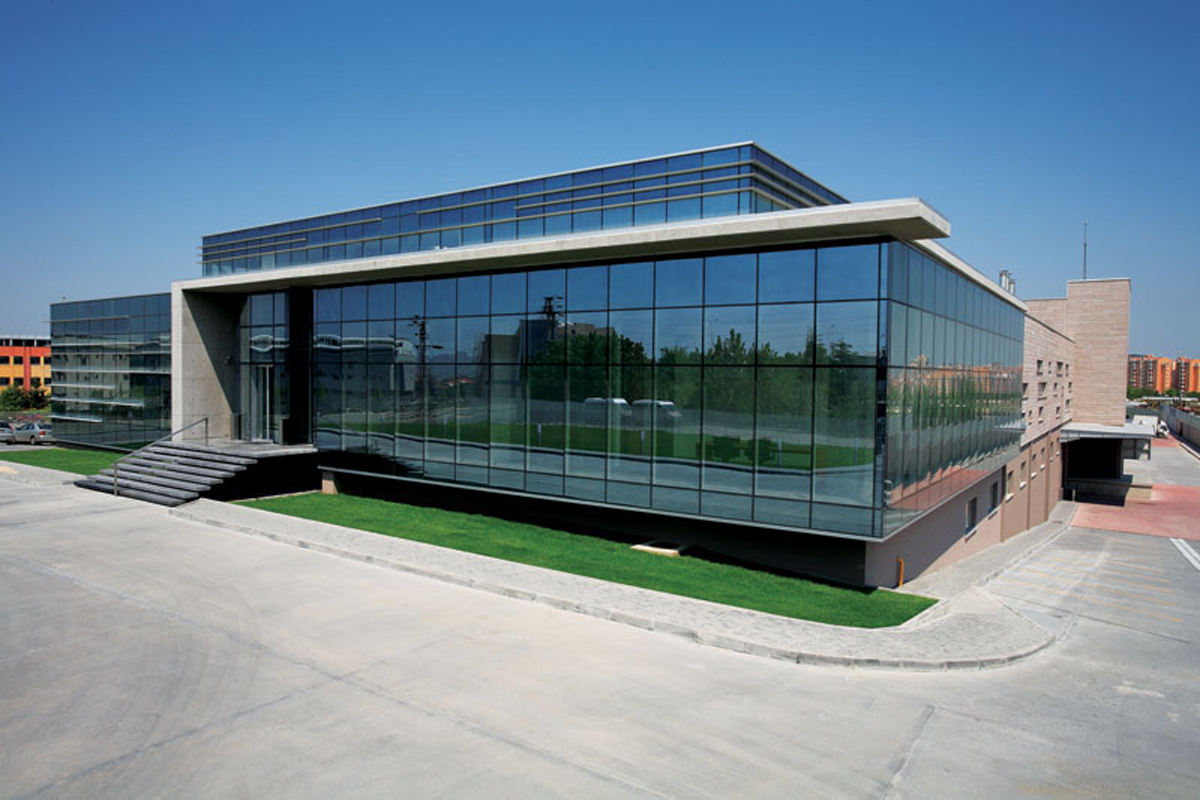 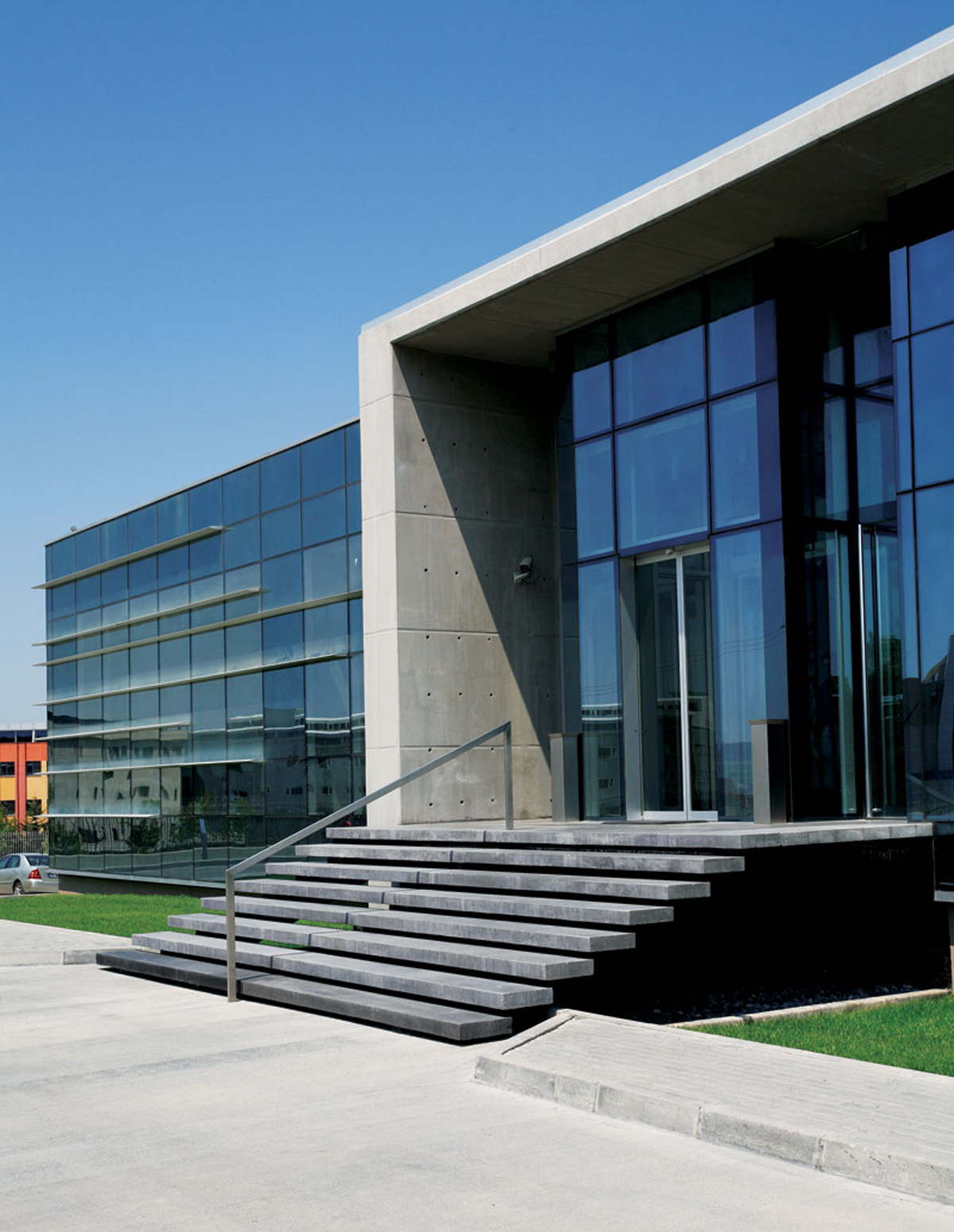 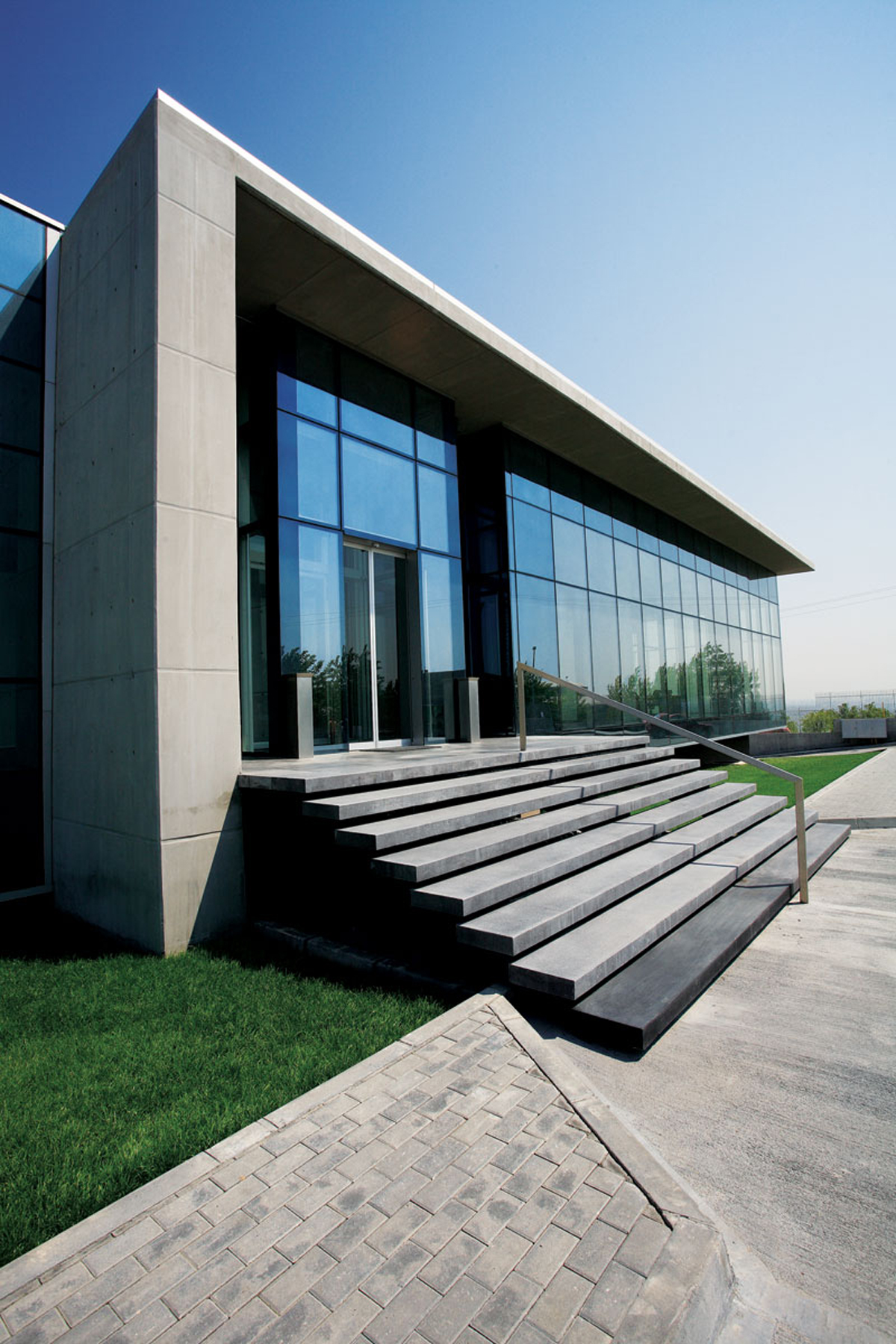 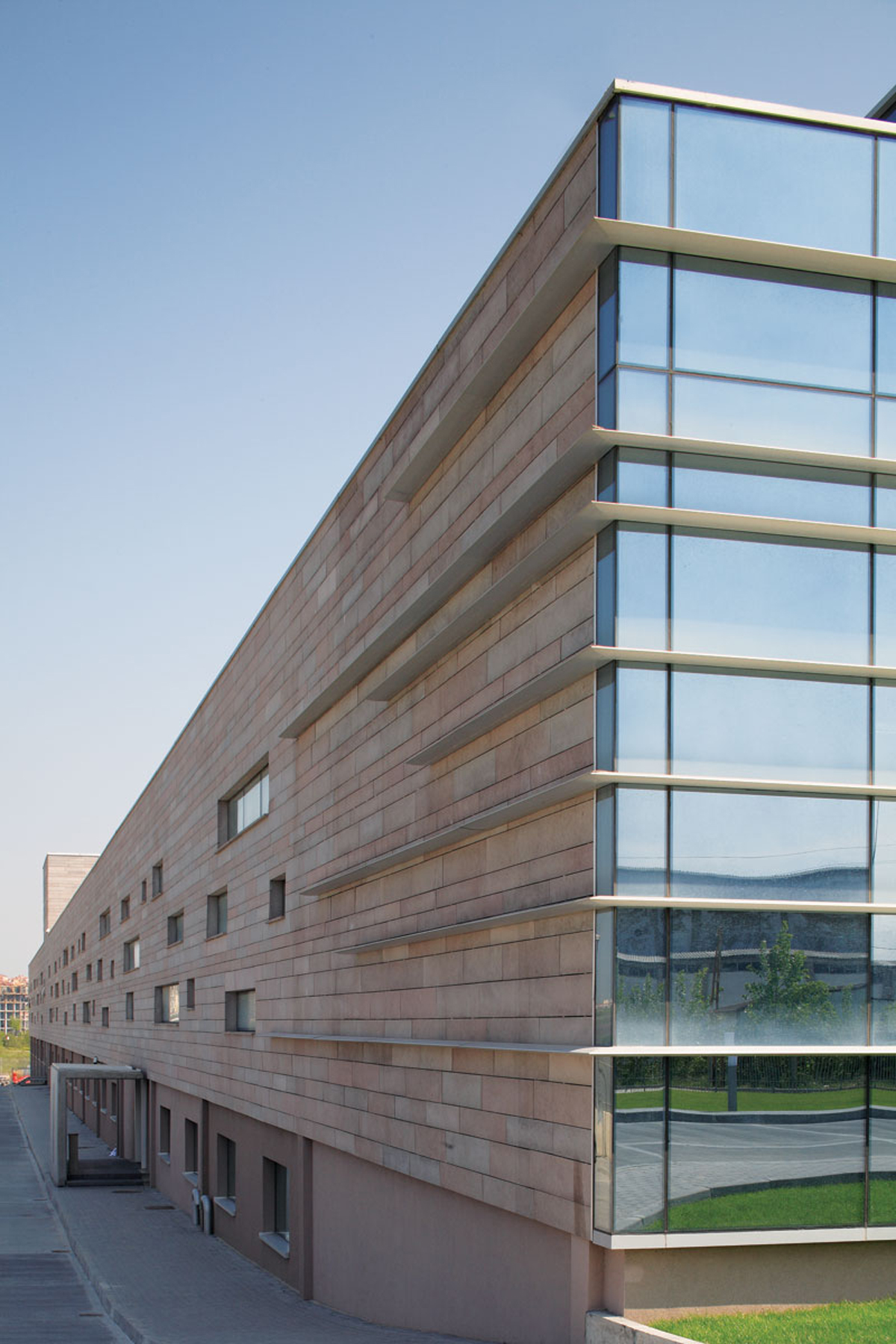 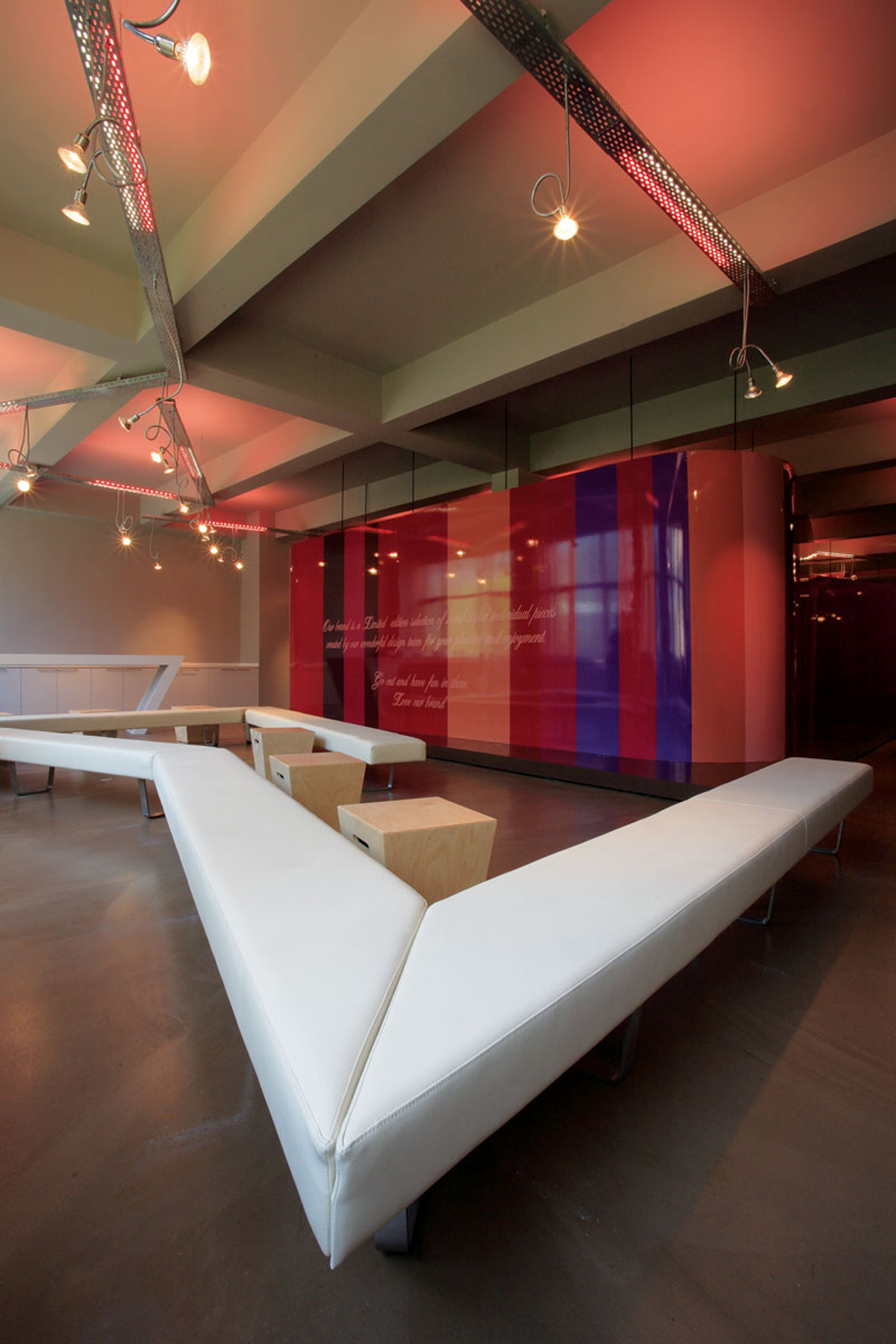 Fateks is a long rectangular box shaped building with a main entrance at one end.

Two glass boxes sit on top of a stone clad box  where ste stone section houses the production and the glass boxes are used as showrooms.

There are rectangular perferations on both long fascades of the building which act as windows for air and light and excentuate the linear pruduction process. The windows are uneven and gesture a horizontal shift to give this statik form some dynamism as its a production facility.

The glass showrooms allow plenty of light for display, meeting and sales spaces. The building sits on top of a hill in the esenyurt district of istanbul and is seen from many angles and many roads and motorways. It sits on the site as if was a monestary rather than an industrial building. The asymetric use of aluminium framing adds another layer of horizontal movement to the glass fascade.