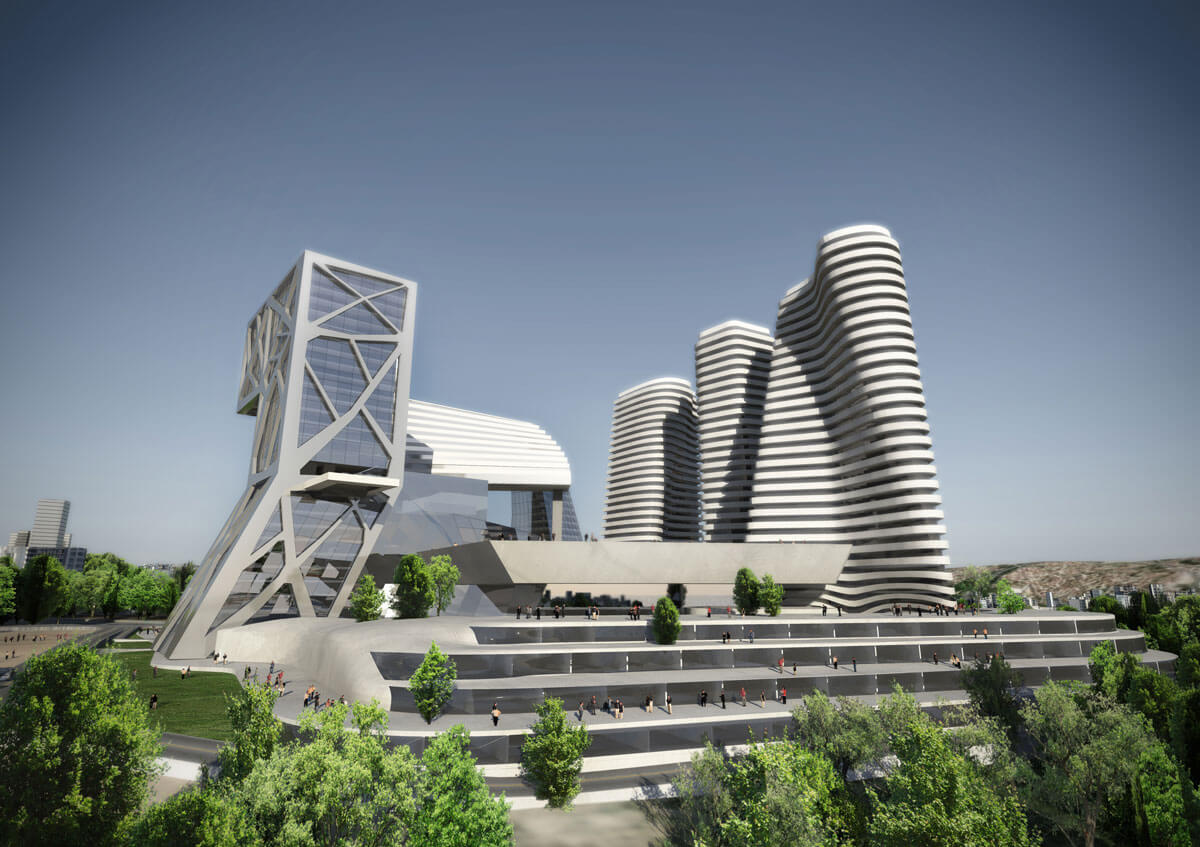 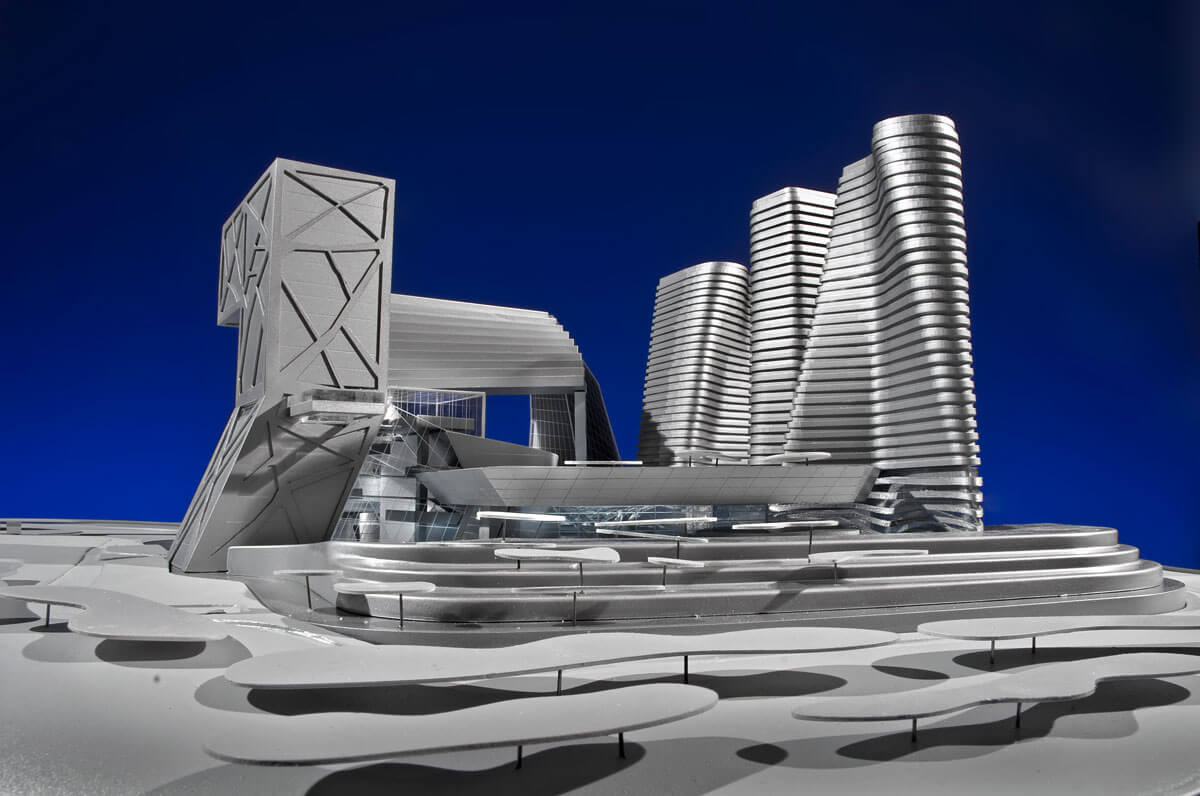 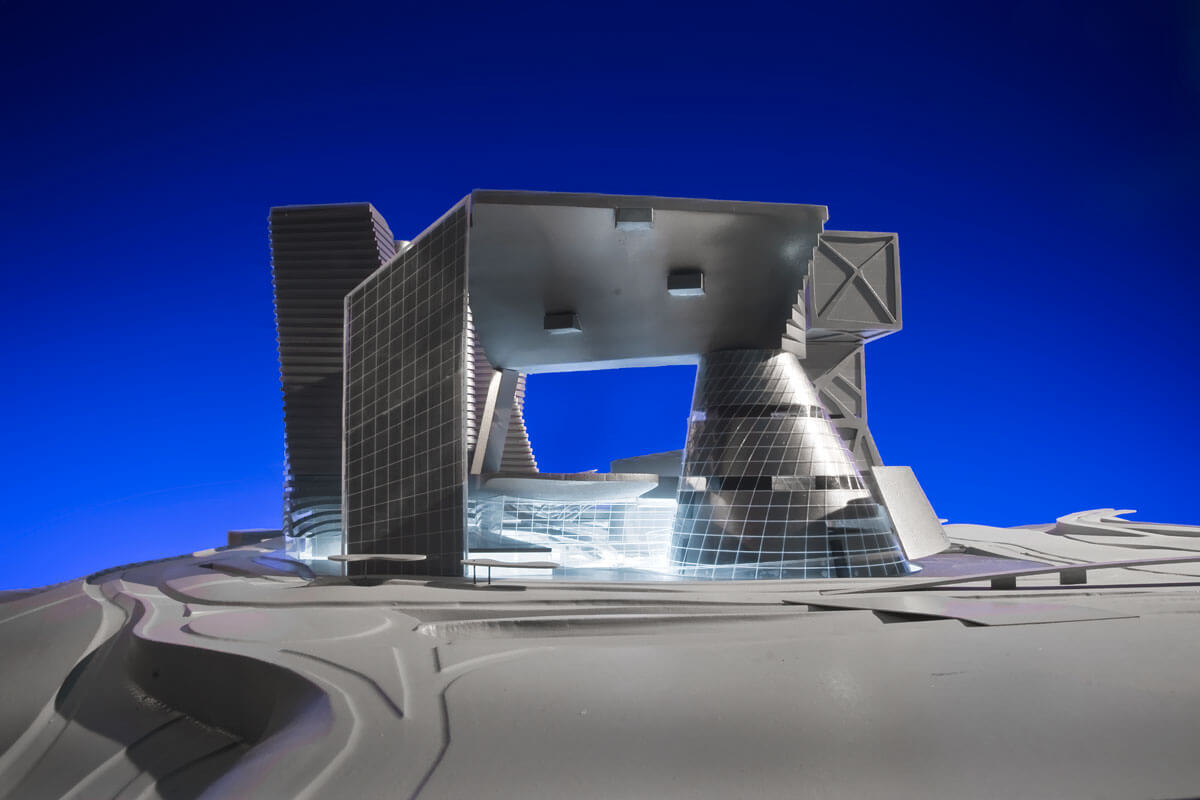 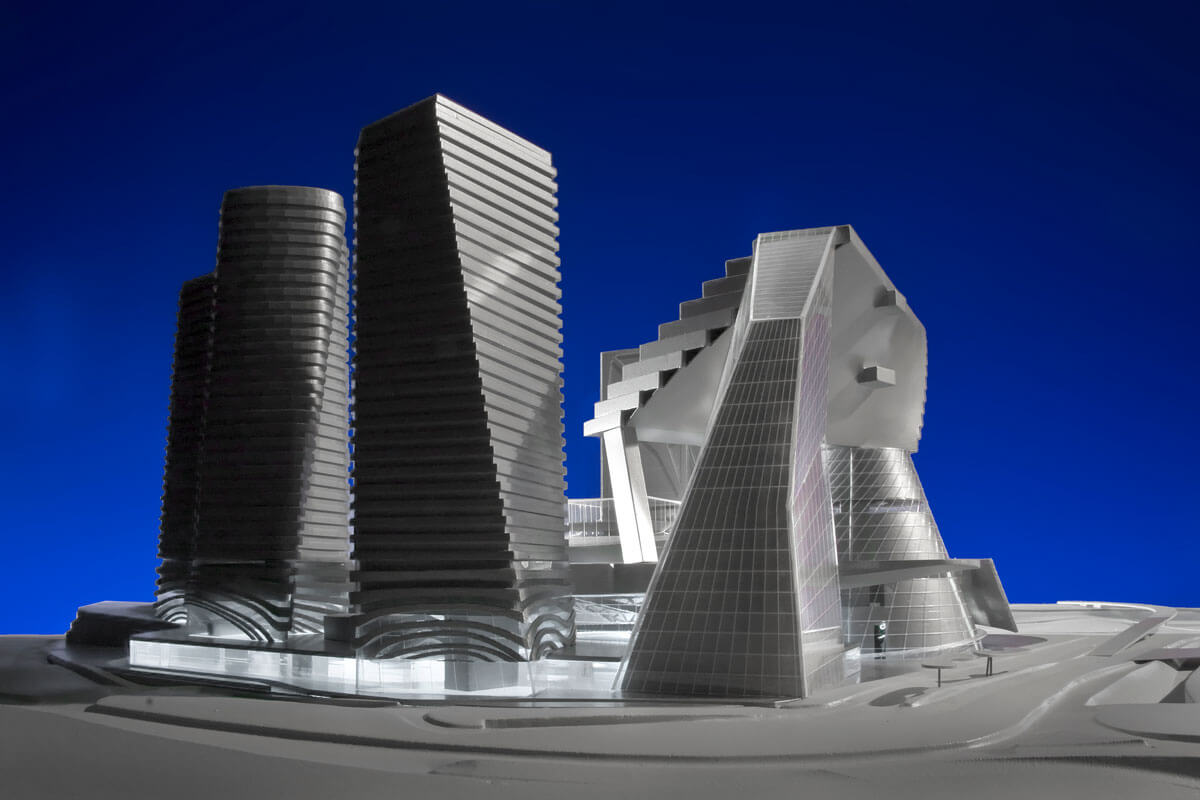 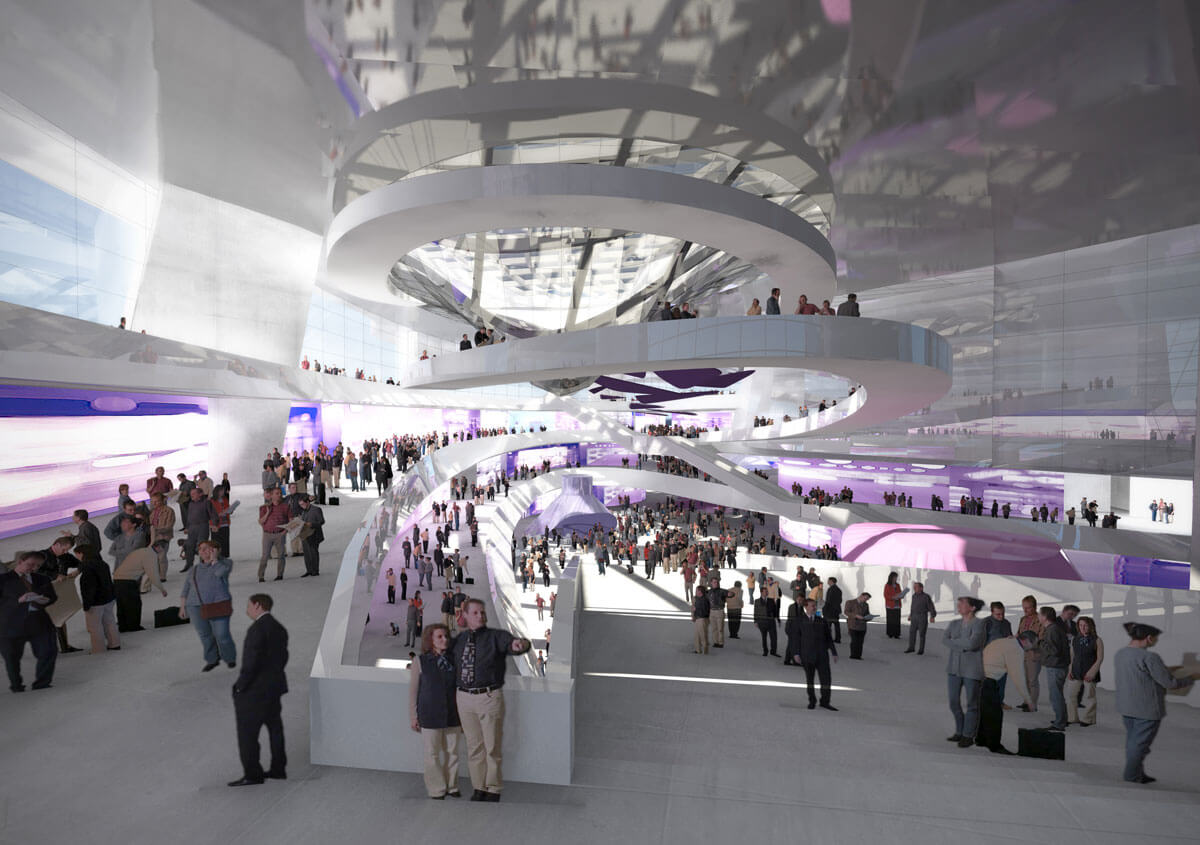 Collaboration with Coop Himmelb(l)au
Zorlu Center is located in the most significant urban intersection in Istanbul that will have a major effect on the silhouette of the city. The competition requirements were to design a building which will be differentiated within the silhouette of the city and has its own centre of attraction. The project holds various complex function relationships and a massive program. The building had to be evaluated and developed with control because it will have a massive effect on the urban context and silhouette. Therefore, every different functional unit was designed with a different massing option but with the same design language. It was decided that this dynamism would be more in balance with the city’s silhouette.  These mega objects that are placed within such urban intersections, makes the urban context embrace and accept its identity. The tornado like spiral in the plan of the building was designed to create its magnetic attraction in the massive urban intersection.